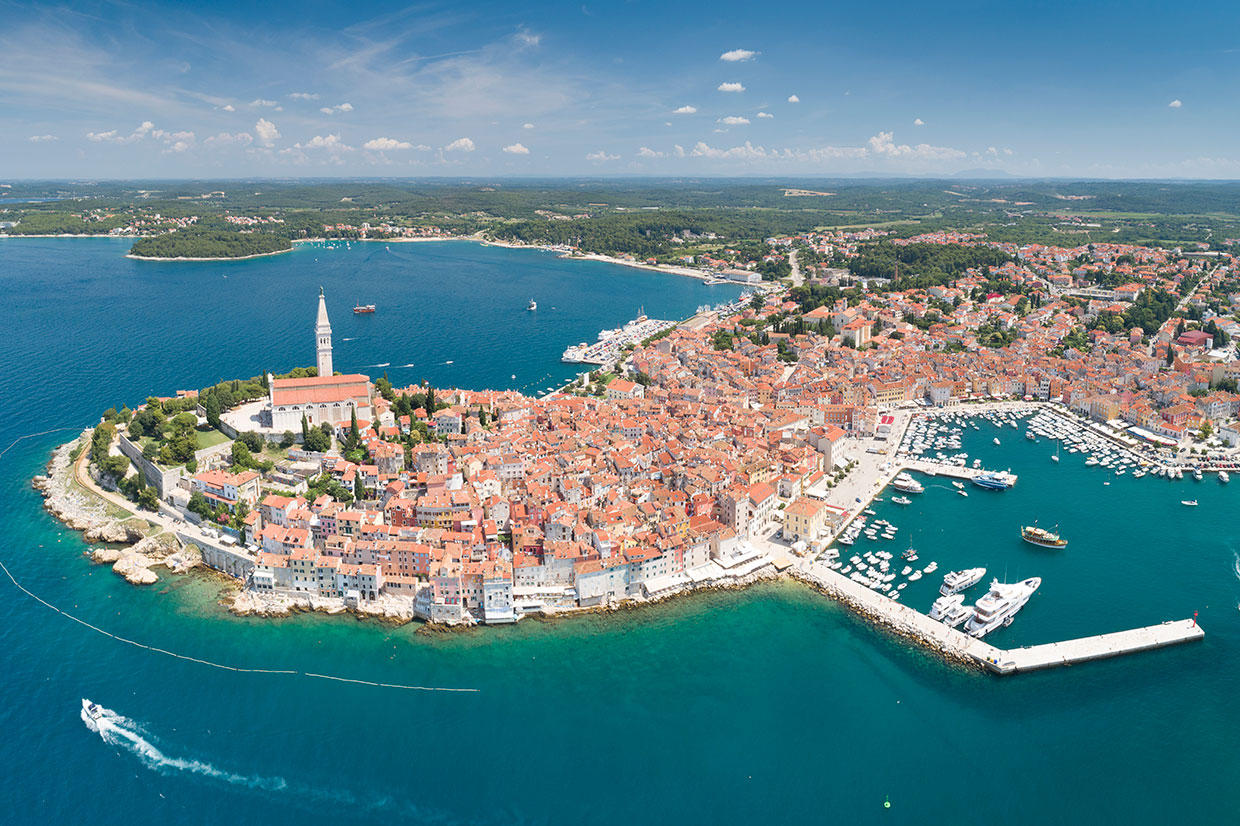 Croatia is an Eastern European country with a long coastline on the Adriatic Sea. The first thing that strikes you is the clarity of the sea, sapphire waters set against dazzling, white, pebbly beaches and long, sandy, shingly stretches. By contrast, the Dinaric Alps stretch along much of the coastline, providing a stunning backdrop of craggy peaks, caverns, river canyons, waterfalls and picturesque lakes.
The inland capital of Zagreb is distinguished by its medieval Gornji Grad (Upper Town) and diverse museums. The major coastal city Dubrovnik has massive 16th-century walls encircling an Old Town. Croatia has the most cultural and historical heritage protected by UNESCO of any European country and is also home to one of the oldest cities in Europe, the eastern city of Vinkovci.
Encompassing more than a thousand islands, Croatia offers a wide range of water based activities including sailing, snorkeling, diving, kayaking and windsurfing. Head further inland and the landscape flattens out into rolling farmland. There are 41,188 winemakers and vineyards covering 20,885 hectares of land in Croatia.
Some fun facts: