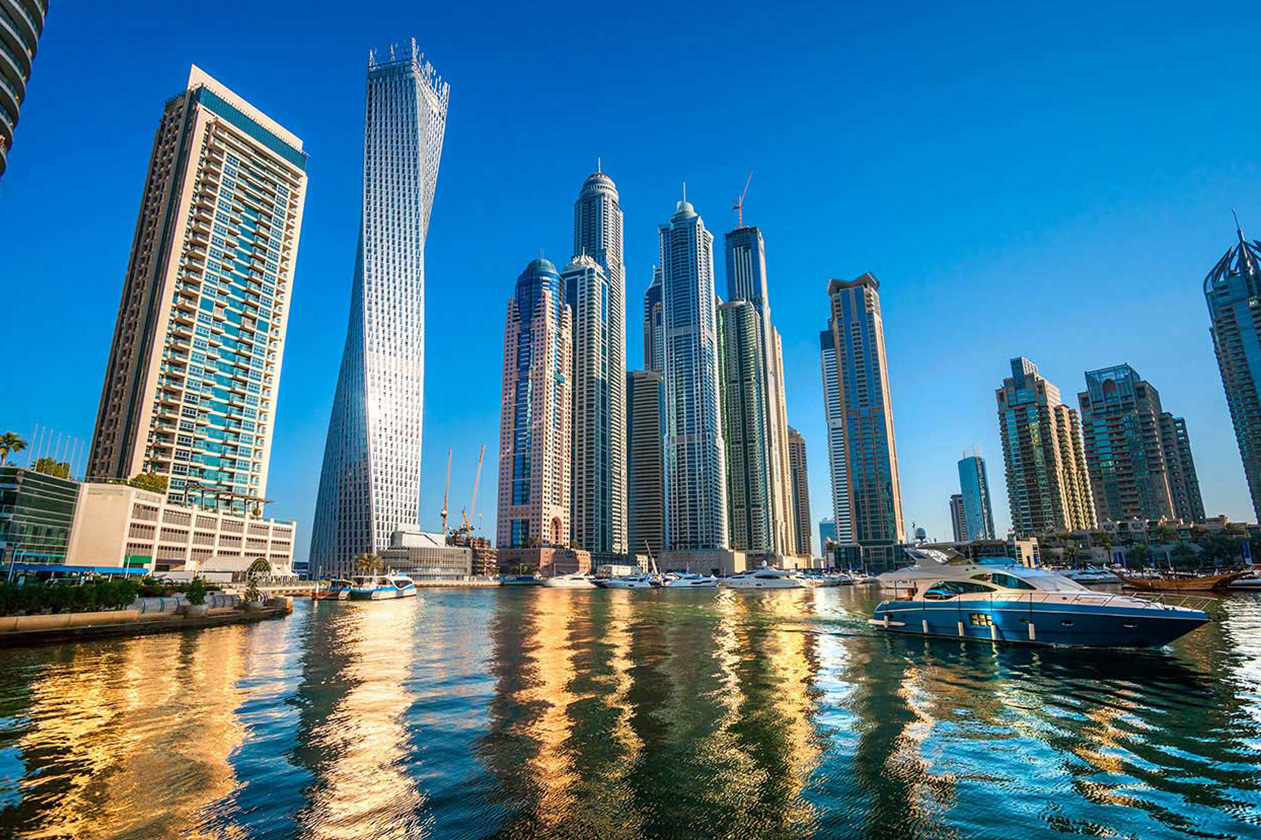 Dubai is the second largest Emirate in the UAE, after Abu Dhabi. It is the fastest growing city in the world and is a dazzling, cosmopolitan destination complete with gleaming skyscrapers (over 400), amazing weather, thousands of visitors and some of the most luxurious hotels in the world. In the late 1960’s it was simply a pile of sand, but in the last 50 years, it has seen the most incredible exponential growth and development. It is often tagged as the city of number One’s, such as; tallest man-made structure, only ‘7* hotel’ in the world, tallest hotel, biggest aquarium, biggest mall, biggest indoor snow park etc…
More than 80% of the 1.5 million population are immigrants and tourists. It has a tropical desert climate with extremely hot and dry summers and mild winters. Dubai is governed under strict Muslim law and certain laws concerning sexual morality are restricted such as; kissing in public and pre-marital sex. Adult non-Muslims are allowed to consume alcohol in licensed venues, typically within hotels, or at home with the correct license. Restaurants outside hotels in Dubai are typically not permitted to sell alcohol.